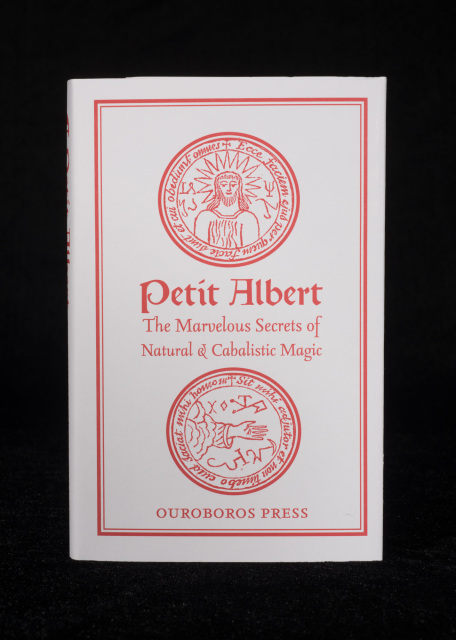 The ‘Little Albert’ is a grimoire and book of secrets first published in France in 1700s. The text ranks as one of the most infamous books in the grimoire corpus,being popular in 18th century Rural Europe. As a book of ritual magic it relies heavily on other sources, namely Para- celsus and Albertus Magnus. Yet in addition to the grimoire material consisting of talismanic images, cabalistic magic and ritual perfumes, the book also features many wortcunning remedies, and alchemical recipes.

Magic squares and tables showing planetary hours are common in grimoire literature but also tend to appear in almanacks, which were also very popular. The folk remedies and recepies are drawn from that curious literary genre known as Books of Secrets.

Some have classified such books as forbidden knowledge, indicating the scorn political or religious authorities placed upon these texts. Banned books always attract those with rebellious spirit or drawn by the pursuit of universal learning. - William Kiesel