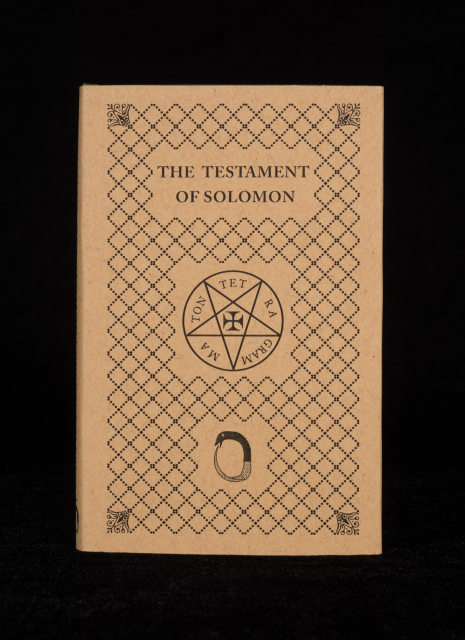 Solomon, son of David is famous as being a master of magic and wisdom in many texts of Western Esotericism. His fame extends through Judiasm, Christianity and Islam. The Solomonic grimoire cycle is among the most cited and most used of magical texts and the Testament of Solomon provides a background for one of Solomon’s potent acts, the building of his temple. Dating from the First to the Third Century A.D. this apocryphal text describes how King Solomon summoned, bound and commanded a host of demons to build his temple through the use of a Magic Ring. In addition to the original text, the book also includes an appendix on the lore surrounding Solomon’s Magic Ring and an index of over a hundred names of angels, demons and gods mentioned in the text.