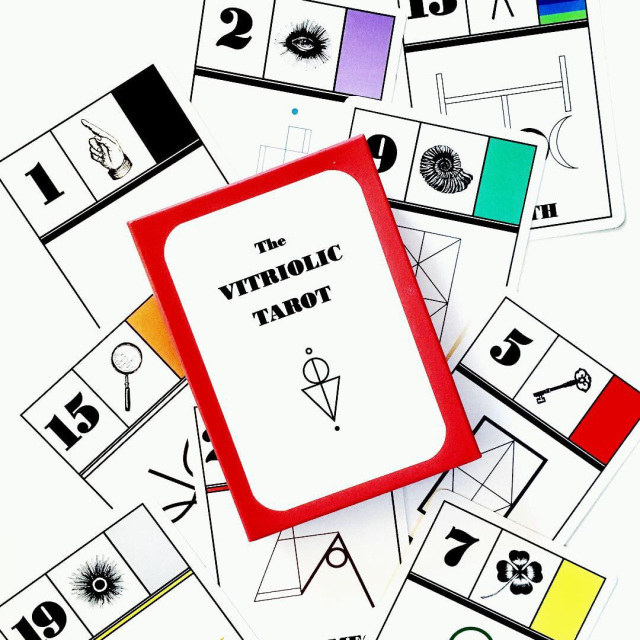 “Visit the innermost parts of the earth and by rectification you will find the hidden stone.” Said to be the “motto of the alchemists,” it serves as a synopsis of the Alchemical Process, a symbolic journey of self-discovery and step-by-step progression towards enlightenment. In The Vitriolic Tarot, major stages of the Alchemical Process are placed alongside the progression of the Major Arcana of the tarot, another symbolic esoteric journey towards self-awareness. Each Major Arcana card is color-coded to note alchemical correspondences. Tarot characters are also depicted with illustrations and colored sigils written to embody their key ideas.

This handmade Tarot deck was made by The Dark Exact.